What is Dual-Band WiFi? 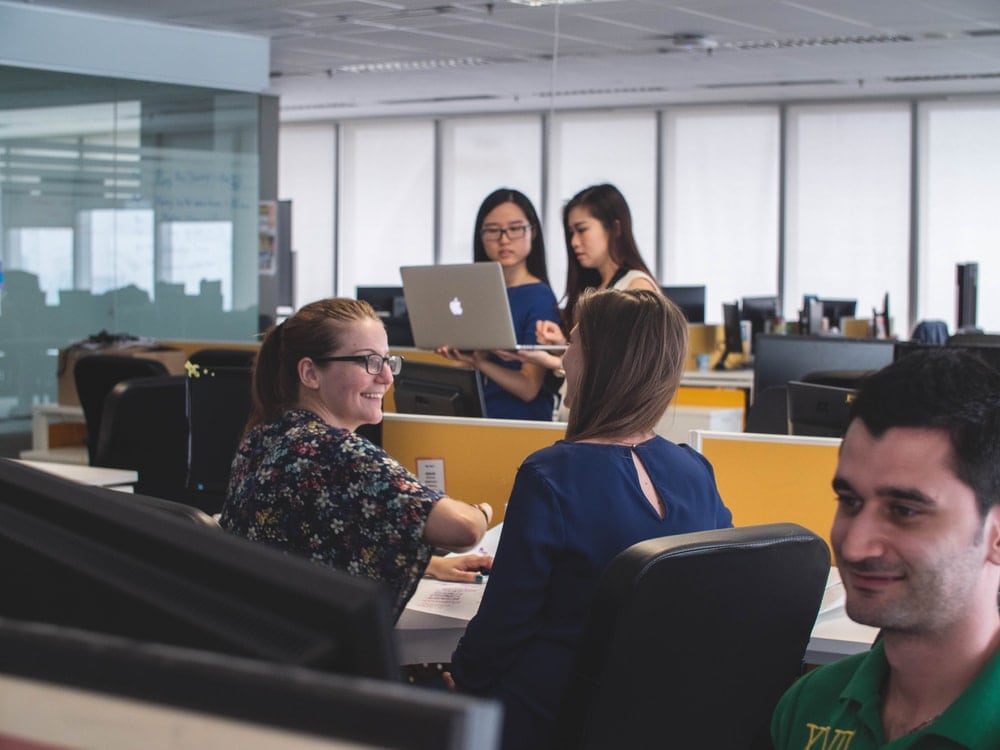 Dual-band WiFi operates at one of two standard frequency ranges. When logging in to a WiFi network, you may be presented with two options — 2.4 GHz and 5GHz.

The terms 2.4GHz and 5GHz refer to your devices’ radio frequencies to connect to your office WiFi and the internet. In some cases, the WiFi router may be configured to broadcast the WiFi name (SSID) with these numbers.

Here, you can learn about dual-band Wi-Fi, the advantages of the 2.4GHz vs 5GHz WiFi frequencies, and when to use each one.

The concept of employing wireless transmitters and radio waves to connect a device to the broadband internet was not commercialized until 1997 – following the formation of the 802.11 committee.

The IEEE802.11 standard was developed to specify wireless local area network communication (WLANs). However, the 802.11 standards supported only up to 2 Mbps of bandwidth and quickly became obsolete.

Due to its compatibility and lower cost, the 2.4GHz WiFi remained popular for the first decade. However, this meant the frequency was used for every type of wireless device, from Bluetooth headphones to laptops, slowing down and congesting Wi-Fi networks.

As a result, manufacturers began producing devices that supported the 802.11a (5GHz) standard. To enable compatibility with existing Wi-Fi networks operating on 2.4Ghz, devices that could operate at either 2.4Ghz or 5Ghz frequencies, i.e. dual-band, were made available.

This approach allowed businesses to move to the Wi-Fi standard (802.11b) whilst ensuring compatibility with the 802.11b based devices.

Dual-Band: What is the difference between 2.4GHz and 5GHz Wi-Fi?

2.4GHz and 5GHz denote two distinct “bands” on which your Wi-Fi can transmit its signal. When the first router came into existence, the frequency used for sending and receiving data was 2.4 GHz.

With both 2.4GHz and 5GHz devices widely available, the primary distinction is speed.

The main advantage of 2.4 GHz frequency is it can send signals over a large area in your office, and it can easily penetrate solid areas of a building like doors and walls. This allows you to maintain a strong internet connection even when you move away from the router.

Nearby WiFi routers also interfere with the signals. Thus, it is probably preferable if you require increased range on your devices or if the places where coverage is required are densely packed with walls or other objects.

However, due to the high density of devices using the 2.4 GHz band, congestion can result in missed connections and slower-than-expected rates.

2.4GHz Wi-Fi may enable data transfer rates of up to 450 Mbps or 600 Mbps, depending on the router class. When multiple users on the network perform high-bandwidth activities simultaneously, like playing games or watching HD videos, the network will not be fast enough.

The 5 GHz frequency limits other devices’ interference and provides faster speeds, in some cases, four times faster than 2.4 GHz.

When both of these are combined, they provide excellent speed and avoid the interference of other networks. Consequently, devices that use more bandwidth mostly perform better on the 5 GHz frequency band.

It also has some drawbacks. The 5GHz band’s shorter waves make it less capable of penetrating walls and solid things, and it can’t broadcast its WiFi signals.

Under optimal conditions, 5GHz Wi-Fi will offer data transfer rates of up to 1300 Mbps. The 5GHz spectrum is far less congested, which means that connections will likely be more stable.

RELATED: 5 Tips to super-boost your Wi-Fi

A dual-band WiFi device is a piece of equipment such as a router or client device (smartphones, laptops etc.) that can send and receive both 2.4GHz and 5GHz signals.

Most modern wireless networks use dual-band, with the router transmitting both frequencies simultaneously, as well as to the newer WiFi 5 (802.11 AC) and WiFi 6 standards.

Dual-band routers support both 2.4 GHz and 5 GHz frequencies, typically allowing devices to select which frequency to use. These routers can handle much more traffic than a single-band network with dual-band.

However, Some modern routers don’t allow devices to choose the frequency bands. Instead, they monitor the traffic on each band, and if the 2.4 GHz band is too congested, it will steer devices to the less congested and less traveled 5 GHz band. This term is known as “band steering.”

Some old devices can only connect to 2.4 GHz, so the routers don’t switch to the 5 GHz band.

Most dual-band routers will have two Wi-Fi networks (SSID names), but one will be designated as 5GHz in its name.

Generally, the device you want to connect to the internet chooses the band itself. Most smartphones and laptops stay on the 2.4 GHz band, even though the 5 GHz band contains more bandwidth and less congestion.

The device switches to the 5 GHz band only when it no longer connects to 2.4 GHz. They’re similar to dual-band routers and contain 2.4 GHz and 5 GHz wireless radios

Band steering is used in dual-band WiFi installations to encourage dual-channel client devices, such as most current smartphones, tablets, laptops, and PCs, to use the less-congested and higher-capacity 5GHz band, freeing up the more congested 2.4GHz band for legacy clients.

The type of band depends on your needs. However, the best approach is to have dual-band WiFi to enjoy faster speeds, minimize buffering, and non-stop streaming.

For instance, bandwidth-intensive applications, such as video conferencing, will be better on 5GHz due to better speed. The main reason for choosing 5 GHz is it can transmit a large amount of data, so there will be little to no buffering.

However, its effective range is less than that of the 2.4GHz band. You may compensate for the lower range by using range extenders or mesh Wi-Fi networks.

You can rely on 2.4 GHz for browsing since it doesn’t use much data. You can use 2.4GHz Wi-Fi for smaller devices such as smartphones, smart-home nodes (such as Alexa, thermostats) etc. These smaller devices do not need a lot of WiFi speed bandwidth, but they need long and better coverage offered by the 2.4 GHz band.

User devices with dual-band capabilities, such as laptops, mobile phones, and even smart TVs, should be set up for dual-band use. Often, they will use the 5GHz frequency for streaming, but they can use 2.4GHz for browsing the internet and other activities that don’t rely on higher speed data transmission.

5GHz and 2.4GHz have significant advantages for Wi-Fi networking. These benefits differ depending on how the network is set up. Especially when considering how far the signal must go and what hurdles it must overcome.

If you require range and penetration through walls, 2.4GHz is the way. Without these limitations, 5GHz is likely to be the faster alternative.

The proliferation of IoT has increased reliance on 2.4GHz, and some gadgets are still designed to connect solely to 2.4GHz frequencies. Manufacturers do this because chipsets are less expensive and frequently provide a greater communication range than 5GHz.

James joined BusinessTechWeekly.com in 2018, following a 19-year career in IT where he covered a wide range of support, management and consultancy roles across a wide variety of industry sectors. He has a broad technical knowledge base backed with an impressive list of technical certifications. with a focus on applications, cloud and infrastructure.

Thin client vs Thick client: Which is Best for your Business?

Intrusion Detection Systems (IDS): What is an IDS, and how does it protect…

AI in the Cloud: How Artificial Intelligence is making the Cloud Smarter

How to Start Dropshipping with No Money

Businesstechweekly.com is reader-supported. On our technology review and advice pages, you will find links relevant to the topic you're reading about, which you can click to obtain comparative quotes from various suppliers or take you directly to a provider's website.

By clicking these links, you can receive quotes tailored to your needs or find deals and discounts. If you enter into a contract or purchase with a provider, we may receive a payment for the introduction or a referral payment from the retailer. This carries no additional cost to you and doesn't affect our editorial independence.